Hi! I'm Martin. I live in Göteborg, Sweden. Here's more information about me than you probably need:

I drew comics as a kid, and developed a love for high-quality drawings and storytelling. I've since drawn illustrations for books and computer games, worked as a comic art teacher, and had a few short comics published in various magazines. I don't yet draw as well as I'd like, but I'm improving. My portfolio site is here.

In high school, I started to program computer games; first in BASIC on an ABC80 with a black-and-white 78x72 pixel display, and later on in 680x0 assembly language on Amiga computers. I continued to study computer science after high school and eventually received a master's degree from Chalmers University of Technology.

Through Chalmers I got internet access as early as 1993. I wrote a strange home page in 1994, won a televised home page competition with it in 1997, and over the years, it developed into this site. From 1996 on, I've mainly worked in web design and programming.

I often buy books in languages I don't yet understand so as to make it economically disastrous for me not to learn them. Apart from Swedish and English, I know enough French, German and Estonian to be able to watch movies or read most novels in those languages, but my Spanish, Mandarin Chinese and Japanese still need work (although I know the basics and a few thousand words of each).

I'm interested in moral philosophy, philosophy of mind, psychology (perhaps especially cognitive biases), and sociology. I'm fascinated by any kind of situation where people have radically different ideas about what's normal or logical or true. This means I like reading about culture clashes, strange beliefs, or just weird lapses in logic from kids or grownups. Stories like this are like heroin to me. I've also noticed that much of the written fiction I like contains situations where radically different worldviews collide in some way.

I don't watch sports, but I love playing beach volleyball, and I also enjoy soccer, table-tennis, basketball, and going skiing or snowboarding. I sometimes dabble in photography and video editing.

I love baking; I tend to find an excuse to bake something every time someone comes to visit. Sometimes I conduct Important Chocolate Cake Research and force people I know to eat countless variations of the same cakes or cookies. I choose friends by criteria like thoughtfulness, sense of humor, and high glucose tolerance.

I tend to like food with strong and contrasting tastes, like the combination of spicy and sweet that you can find in Thai food, or just salmiak/ginger/cinnamon candy. I am not addicted to Fazer Blå chocolate or Tyrkisk Peber salmiak candy. Living exclusively on either for weeks at a time is totally a reasonable thing to do and you do not need to stage an intervention.

I dislike smoking, superstition and bad spelling. I like karaoke. I'm much worse at geography than I have any reason to be. I love cute platformer games from the 80's, like Bubble Bobble or New Zealand Story.

I like intentionally absurd conversations as well as intentionally bad writing. This may be related to my worrying tendency to communicate in exaggeratedly badly spoken German or English with my friends, instead of our native language Swedish. I'm not sure why we do that. Perhaps it means, and I admit that this is a wild guess, that we're really really intelligent.

I think the world needs more evil robots, but I'm very particular about what kind of evil robots I like. If you're making evil robots, and they don't take over the world in just the right way, then don't expect me to care.

When it comes to music, I like The Cure, The Smiths, Bel Canto, A-ha and Depeche Mode. And lots of general ambient pop, triphop, synthpop, jazz, bossanova, and moody singer-songwriters. I care more about mood than lyrics.

Some movies I like are Alien, Cinema Paradiso, Die Zweite Heimat, Fucking Åmål, The Godfather, Return of the Killer Tomatoes, The Terminator, My Neighbor Totoro, When Harry Met Sally, On the Waterfront, Million Dollar Baby, Inglourious Basterds, JoJo in the stars, American Beauty, Moana, The Return of the Pink Panther, Edward Scissorhands, Cabaret, Galaxy Quest, Festen, Ikiru, The Pianist, Monty Python and the Holy Grail, the bizarre first ten minutes of Faster, Pussycat! Kill! Kill!, Scarface, Pulp Fiction, Lilo & Stitch and The Breakfast Club. And the second half of The Iron Giant always makes me cry.

On TV, I've liked The Office (UK), Æon Flux, Adventure Time, Gag Manga Biyori, The Wire, and Monty Python's Flying Circus (I think only 1/4 of Monty Python's sketches are funny, but those are some of the funniest things I've seen). I liked Infinity Train, especially seasons one and three. A few episodes of Buffy are great, like "Lover's walk", "Doppelgangland" and "Hush". I also recommend the Blackadder II episode "Bells" and the Invader Zim episodes "Bestest Friends" and "Mysterious Mysteries". I'm not sure who thought it would be a good idea to let the creator of "Johnny the Homicidal Maniac" design a children's show, but I'm glad they did. 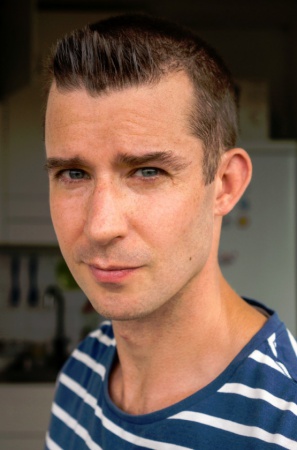